The Chicago World's Fair of 1893 celebrated four hundred years since Colombus' arrival at America and was arguably the greatest World's Fair ever. The fair introduced many modern inventions, propelling the world into the twentieth century. Inventions at the fair included Aunt Jemima Pancake Mix, Cracker Jack, pressed penny machines, the zip, spray paint, the dishwasher, and the Ferris Wheel. 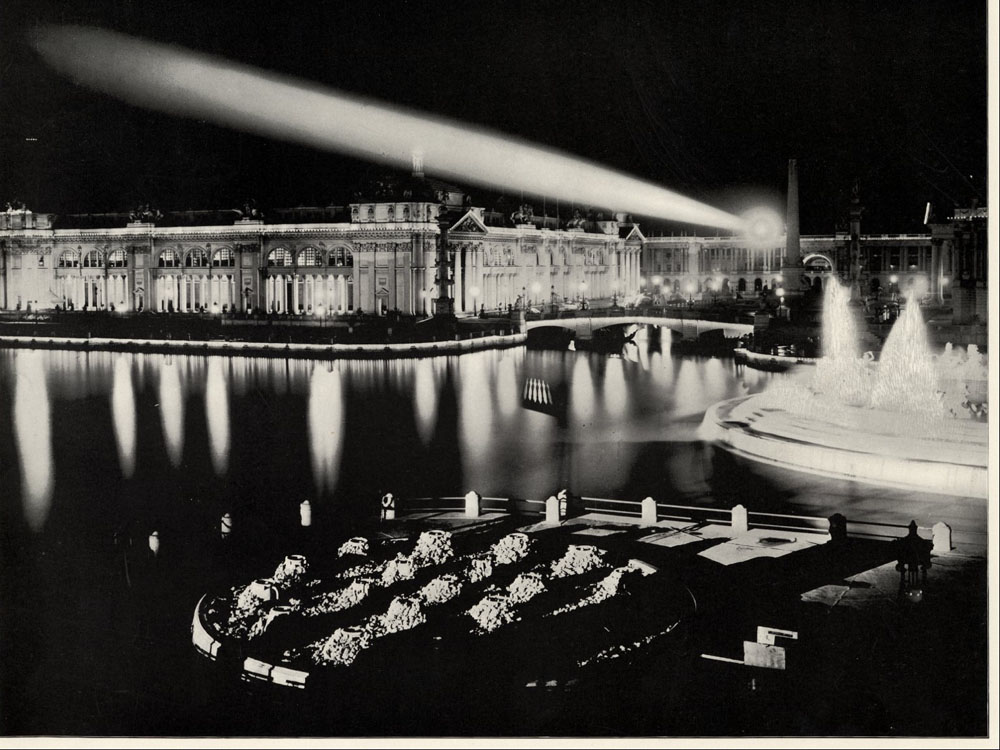 The agricultural exhibit building at night

Costing over fifteen million dollars (over 350 million pounds today), the organisers planned to partially fund the exposition by selling commemorative half dollars for one dollar each. Almost five million coins were struck, however this far exceeded demand and only 400,000 were sold. Two million were subsequently released into circulation and the rest were melted down. 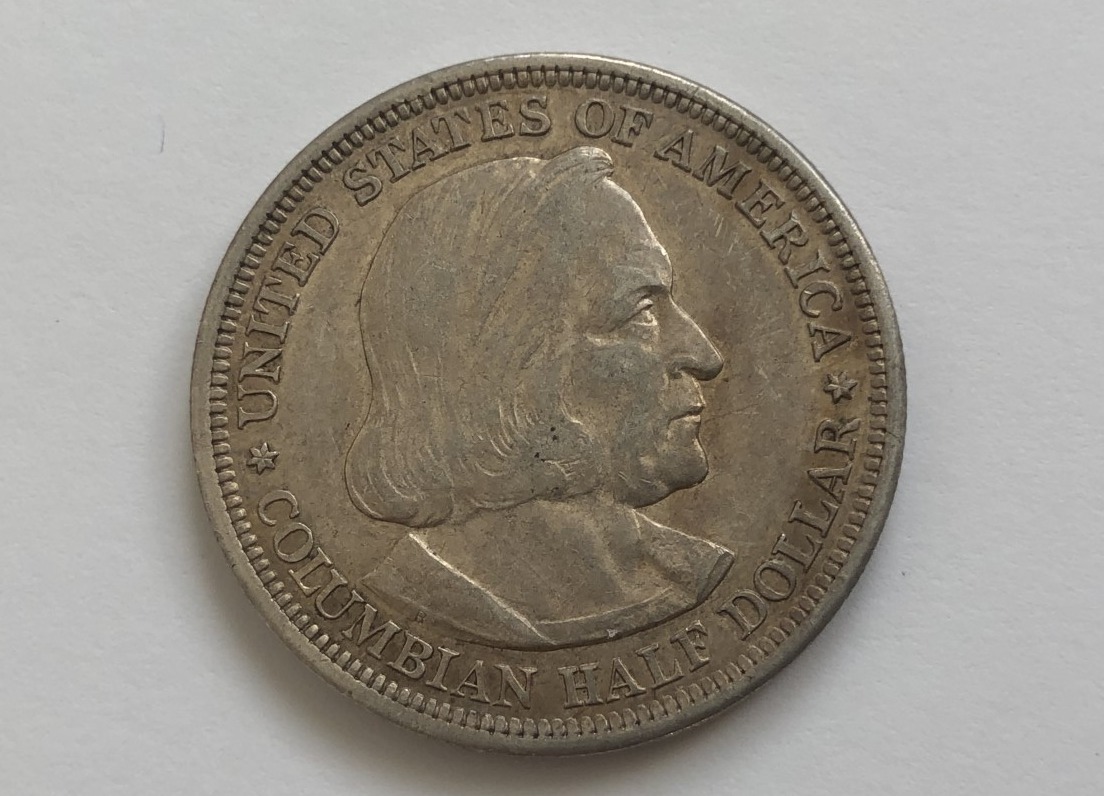 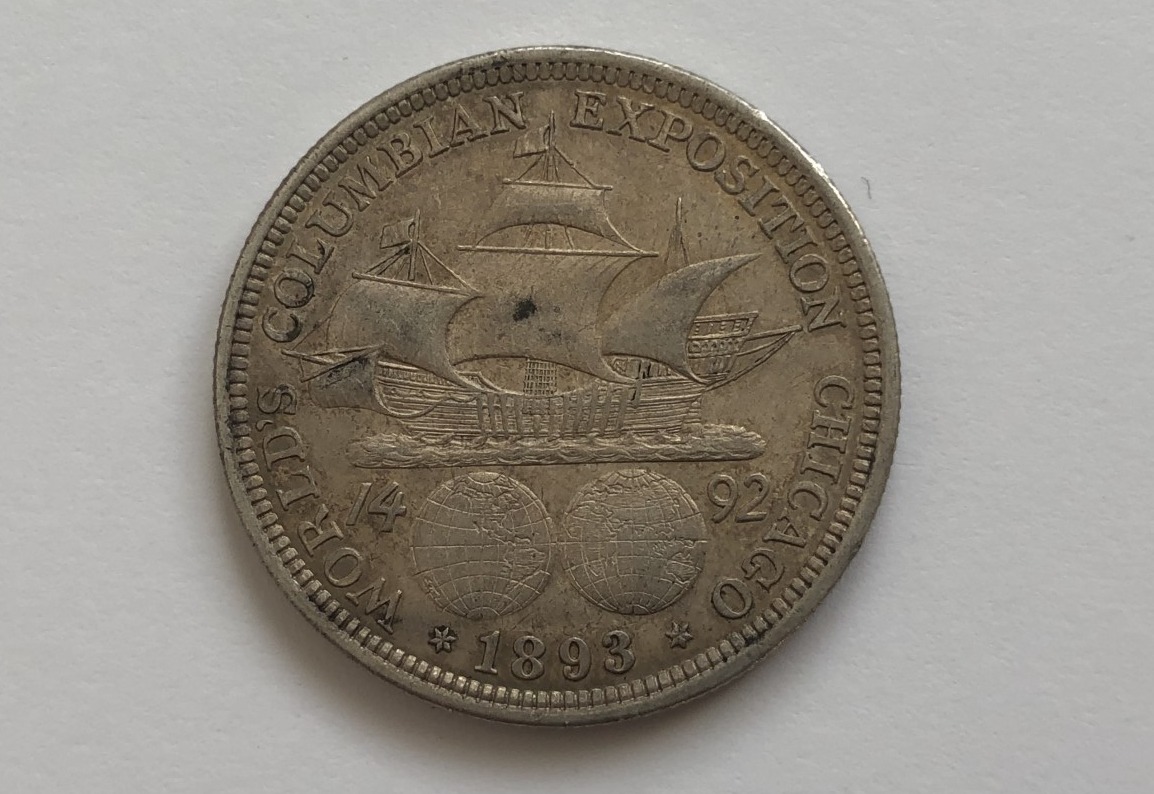 The reverse, by George T. Morgan