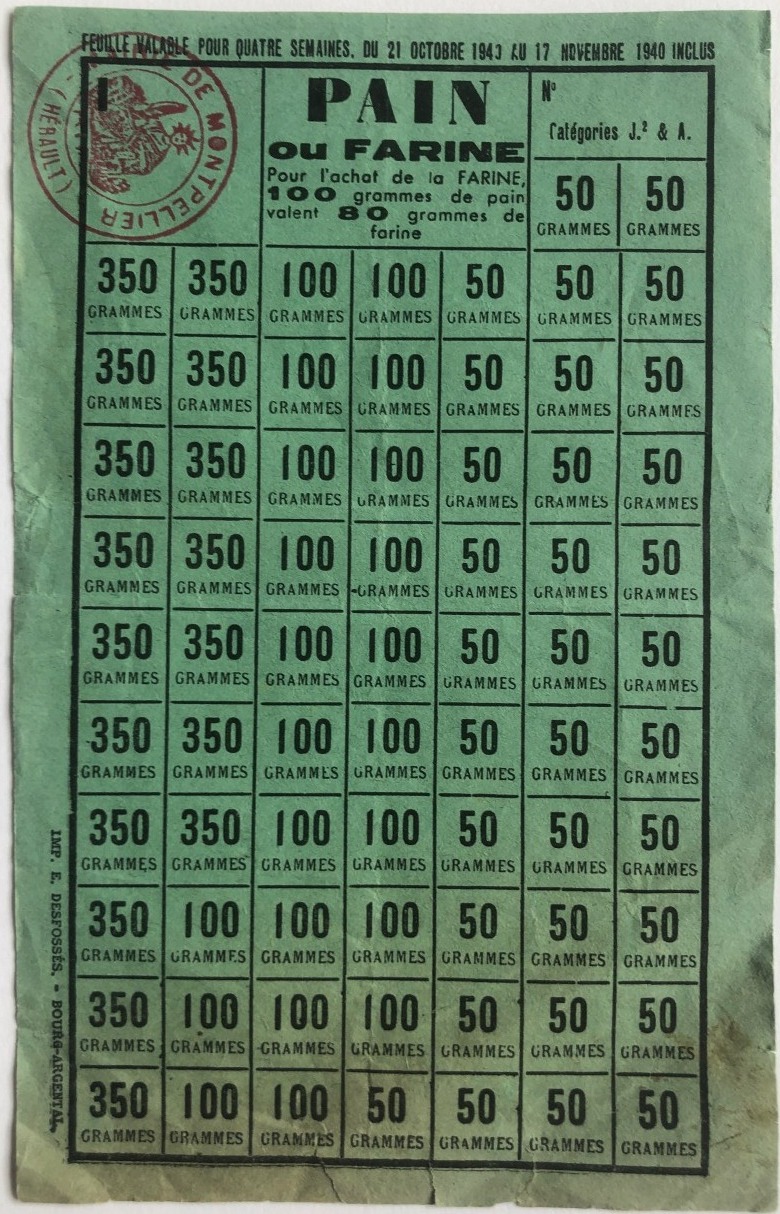 French rationing in the Second World War was set up in March 1940, using a system similar to that of the previous war, with a particular focus on bread, which continued to be rationed until 1949. In the UK, people could eat at restaurants without expending rations, thus the rich ate out and were not affected by rationing. French restaurants, however, were more tightly controlled, with a 150-gram limit on bread. This particular sheet of bread rations is from the Montpellier, in the south of France and was issued in October 1940 and is valid for four weeks.

100 grams of bread ration is equivalent to 80 grams of flour ration. For a loaf of white bread , only sixty percent of the weight is flour. Therefore it was more efficient to buy flour and bake your own bread than use the rations to buy bread. 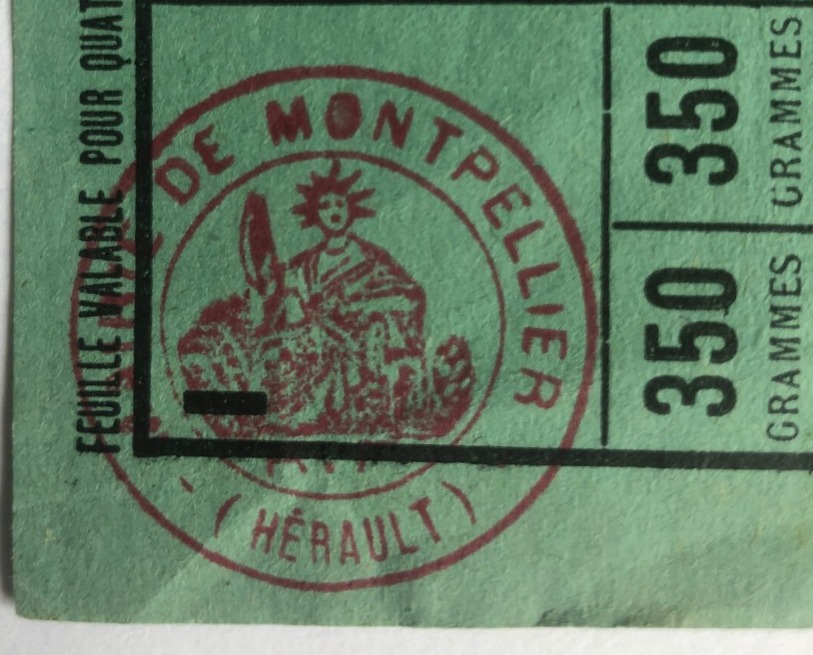 This ration card bears the stamp of the town hall of Montpellier, in the department of Hérault.