The secret history behind the tonnes of unclaimed Swiss gold, which sits ownerless in banks across the country.

It is important to realise the importance of gold in mid twentieth century Europe. Gold was readily available, and wealthy families stocked up on it throughout the paranoia and chaos of the thirties, forties and fifties.

During WW2, the Nazis seized many countries' gold reserves. The problem was that it could not be used, as many countries such as Portugal and Spain refused to accept Nazi gold. In order to convert it into usable currency, the Germans set up a huge money laundering operation with the Swiss National Bank. 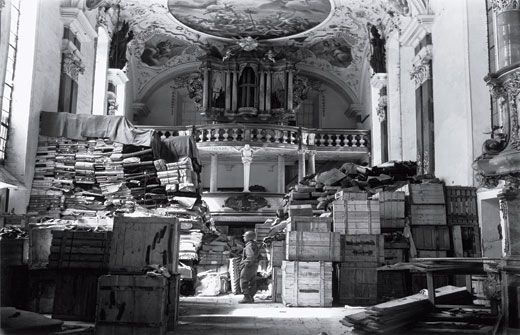 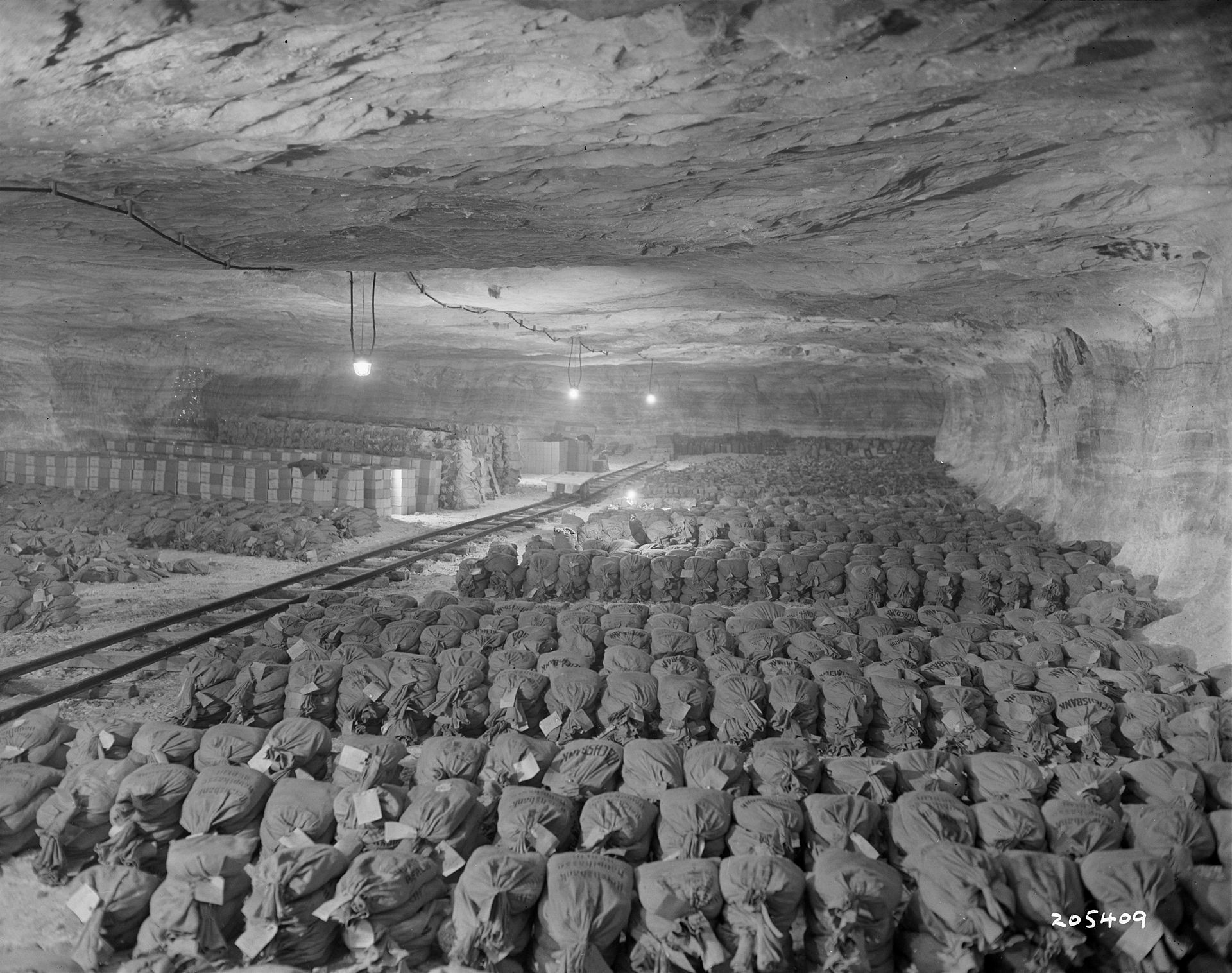 Three hundred tonnes of French, Belgian and Polish gold that was in Dakar was recalled with the help of the Vichy government to be recast into pre-war bullion, and then used freely.

As millions were killed by the war, private bank accounts and safety deposit boxes in Switzerland lost their owners. Official estimates are that 420,000,000 Swiss francs are lying unclaimed in Swiss vaults, but specialists cite the number as much higher[2]. Since 2001, only a few hundred accounts have been claimed, leaving untold amounts of gold forgotten and lost. 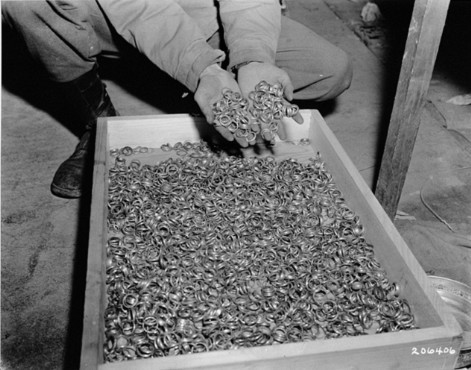 The gold rings of Buchenwald victims.

[1]-Figures calculated from 'The Swiss National Bank's gold transactions with the German Reichsbank from 1939 to 1945'-Robert Vogler, 1984

[2]-The Guardian, 'Why Swiss banks are finally starting to settle their forgotten accounts'